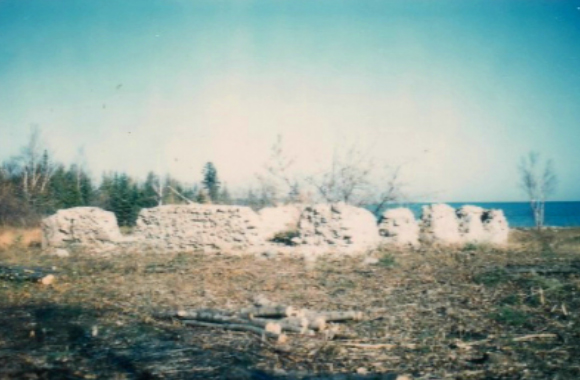 Frederick Burnham settled in Michigan in the 1840’s. Beginning in the 1850’s, the Burnhams acquired large tracts of Presque Isle County’s rich timberlands. Among their holdings was the land purchased in 1868 by the U.S. government, where the Presque Isle Harbor Range Lights were constructed. In the mid-to-late nineteenth century Burnham developed a prosperous mercantile and lumber business here. He transported wood to the boat landing, which stood near this site. The harbor, known as Burnham’s Landing, provided shelter to ships during foul weather. When Burnham died in 1880, Julia and their son Frederick II assumed management of the family’s business. The Burnham home, store and lumber camps were destroyed by the 1908 Metz fire.